This Is How Wages Changed Due To COVID-19 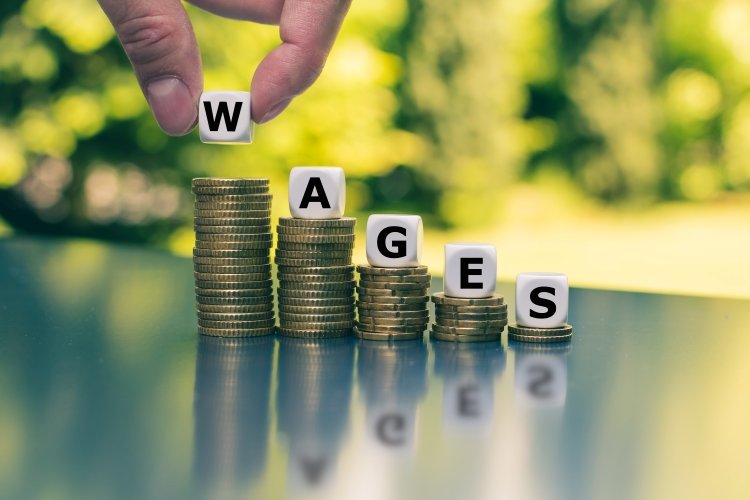 The year 2020 has been a very difficult one for all workers in the world. In addition to those infected and deaths, COVID-19 has also generated a large number of layoffs, salary cuts, and the closure of many companies.

It is difficult to calculate exactly how big the damage caused by this disease has been. For that reason, this article will evaluate how salaries have evolved worldwide in the time of coronavirus, which companies were able to innovate in this situation, and what were their ideas. Time to get started.

Why Do Salaries Change?

You may not understand how the disease affects your salary, so you need to see the following domino effect that the planet has experienced since the beginning of the year. This is how we explain it:

COVID-19 is an easily transmitted disease with few known treatments. For that reason, until there is a cure, the threat will remain global. This generates an obvious fear of being infected, therefore, companies and governments began to implement restrictions.

All companies in the world need to generate sales, establish personal relationships, and hold meetings. However, with the arrival of COVID-19, all commercial (face-to-face) activities represent a risk to people. As a preventive measure, these activities are eliminated to protect the lives of employees and customers. Thus all sales fell.

If companies cannot make a profit because their production is paralyzed, then the payment of wages becomes challenging. Some companies went directly into bankruptcy, others lost millions of dollars but were able to maintain their production, although on a smaller scale. The consequences of this problem are: 1) Workers get laid off; 2) The salary is reduced.

The idea of ​​reducing wages was presented as an extreme alternative, but it helped many companies to keep the best workers on the payroll. In Dallas, Texas, for example, the director of ISHIR, a well-known software company, chose to reduce the salary of 12 employees rather than lay off the staff. Although earnings were down 70% at the start of the pandemic, the employer allowed most of his workers to keep their jobs.

In this situation, employees were a priority. This was a feasible idea, however, this was not the case for all companies. One of the areas most affected by the pandemic was tourism, which had a drop of more than 22 percent, causing hundreds of layoffs and losses amounting to hundreds of millions of dollars.

Airplane flights were the strongest target during Covid-19. In China, for example, the fall of aviation companies was 76 percent in February. On the other hand, the second wave of infections in areas such as Europe and parts of Asia caused a global fall of 46 percent in October.

Wages That Increased During the Pandemic

Not all jobs lost workers and cut wages. In fact, the onset of the pandemic also marked a great time for tech jobs, freelancers, and online shopping and delivery companies.

One of the big winners during COVID-19 was Amazon. While the United States saw thousands of layoffs and pay cuts, Jeff Bezos’s company decided to hire 100,000 new workers and increase their hourly pay by $2.

Tech companies don’t have much of a problem taking video calls with apps like Zoom. There’s an interesting story that combines traditional jobs and technology.

In 2019, the National Restaurant Association expected to obtain almost $900 million in sales during 2020. Remember that 10 percent of workers in the United States belong to the restaurant sector. Although the pandemic prevented customers from attending commercial premises, technology allowed sales to be maintained thanks to the use of services such as delivery and shopping apps.

Thanks to these methods, millions of people were able to keep their jobs and wages. In addition, food consumption had a momentary increase at the beginning of the pandemic, something that seemed unexpected according to all the data.

Another sector favored by technology, obviously, was education. In the first months of the pandemic, there was a significant increase in online courses, distance classes, streaming and game companies, and the development of communication platforms. Both online teachers and programmers were able to keep their jobs and, in some cases, received a pay boost due to high demand for the service.

Not all seems to be lost. According to the Wall Street Journal, many US companies are reversing their pay cuts. Companies such as Walt Disney Co., Yelp Inc, and General Motors Co. have notified that their executive and administrative employees will be able to recover their salaries prior to the start of the pandemic.

Companies have been studying all the consequences of the coronavirus in the world. Employers and governments took advantage of this unexpected experience to take action in the future and prevent people, in the next challenges, from having to go through these circumstances. This is the new normal.

On the other hand, issues such as unemployment seem to be reducing its intensity. In the United States, there was an increase of 9 million jobs in just three months. This reveals how companies have been able to overcome (somehow) the initial problems of the coronavirus. The main problem in this situation was inexperience. Now, history taught us what to do.

The pandemic was a totally unexpected situation for everyone. Those who were working in physical companies knew the true terror represented by not being able to go to work anymore, lost their jobs, and saw their wages reduced. The total winners, again, were those who, in the past, decided to work online. They don’t depend on a physical company and can take care of their integrity at home. This is a clear message that should prepare us all for possible pandemics in the future.